By 2025, the African continent will account for one-fifth of the world’s population and by 2050, the African population will have doubled. The working-age population of growth regions such as Latin America and Southeast Asia are growing at a rate of 1.3% and 1.2% respectively, whereas as Africa is growing at more than double the rate at 2.7%. According to a Mckinsey report, it was found that by 2025 nearly two-thirds of the estimated 303 million African households will have a disposable income. The addition of nearly 90 million consumers by 2025 will increase the continents GDP growth from 4.9% today, to 6.2% in the next decade. This massive expansion of the consumer pool will be a result of the continents youth. 53% of income earners in Africa are between 16 and 34 years old. These consumers will contribute more than $400 billion in total consumption growth in the next decade.

The world’s first computer completed in 1946 weighed a whopping 50 tons, which is the same as eight full-grown African bush elephants and a calf. Today we walk around with mini computers in our pockets that makes that first computer look like a moss covered rock. Moores law states (in a roundabout way) that computer chips will get smaller and faster every year and so far this has been shown to be true. This means that the African continent has the potential of going from 0 to 60 mph faster and cheaper than all others before it. A single Apple iPhone 5 has 2.7 times the processing power of the 1985 Cray-2 supercomputer.  To put this in perspective, what the United States of America accomplished over a couple of hundred years, Africa could do in a couple of decades.

I believe that Africa is about to break out of her cycle of destruction. I can speak with certainty because i am that change, me and millions others like me. We are the African diaspora youth.

It was a wet and cold November evening, the same as the day before, and the day before that. The year is 2009 and I am heading to my university library. After walking across a rain soaked field, through the secret passage between the playground and bushes, I reach my destination. I enter the big library doors and get an empathetic embrace by the warmth therein. I head toward the top floor, towards the big computer room. Unsurprisingly as I enter the room, it is almost empty. The only people being a very serious looking man in the corner with two Redbulls at his side and a group of African men at the front all working away in unison. There were five of them, all typing away.  It intrigued me, because two of them I had never seen and the others I didn’t assume were ‘library types’. As I sat down next to the ones I knew, I asked one why they were in the library on a day like this and he told me to my utmost surprise “because we are trying to start a business in Nigeria”, it turned out they had chosen that day to send out emails en masse. The business had to do with the mobile industry, the specifics escapes me. Fascinating though, that in our societies nooks and crannies there are young African men plotting and planning.

As I speak to young African men and women educated here in Europe, whether they be from East or West Africa, I always hear of their desire to ‘go back one day’ and start something. Their last hurdles being to gain relevant experience and accumulating capital. These young men and women will lead the coming African Brain Gain.

Globalisation and the rise of the internet has led to a ‘hive mind’ amongst young Africans. We watch the same tv-shows, we listen to the same music, follow the same celebrities on Instagram and wear the same clothes. Africa already has as many cities with one million inhabitants as Europe and by 2025, almost half of all Africans will be living in cities. The increasing population density and the rise of mobile communication means that anybody that decides to ‘go back one day’ will find customers and consumers at their doorstep.

As I said to my cousin as we were sitting on one of Djibouti’s many sandy beaches enjoying a cold fanta, “we are not that different you and I. We are the new Africa”. 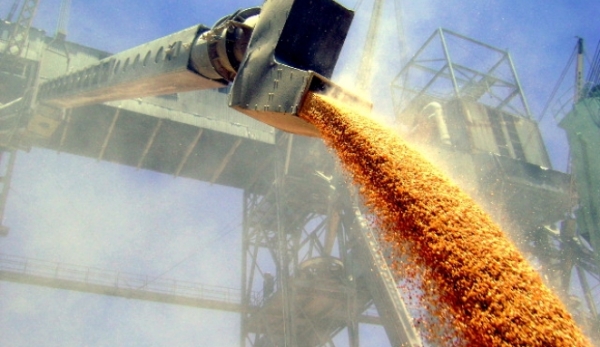 The technology available today means that the level crop management available to the African farmer far surpasses that of the Green revolutions of Asia and Latin America. Precision agriculture will be an ingrained part of the African farmer’s working day, which in turn will result in higher yields and profits.

With a growing world population and middle class, the need to produce more calories is more important than ever. The growing middle class in Asia will increase the worlds demand for animal-based proteins, which will further strain the world’s finite resources.  Africa is said to hold 60% of the world’s remaining uncultivated land and too put this into play FDI (foreign direct investment) in Africa’s agricultural sector needs to be prioritized such as the oil, gas and mining sectors. Investment in Kenya’s cut flower business increased exports by 1,200% between 1988 and 2014, to 137,000 tonnes. Grain production tripled in Ethiopia between 2000 and 2014, Rwanda’s annual grain production also tripled over the same period to 792,000 tonnes.

PricewaterhouseCoopers Africa Agribusiness insights survey 2016, conducted a survey amongst CEO’s of Agribusinesses in 15 African countries, and found that the best places to invest were Zambia, South Africa, Tanzania, and Botswana. These countries provided the best investment environment. There has long been a desire from African governments to diversify their economies away from hard commodities such as oil, gas and minerals. Revenues generated from hard commodities has long been a curse for African countries, due to corruption and the internal conflict that arises regarding ownership. The move to soft commodities such as grains, cocoa and tea will make economies more resilient to fluctuating commodity prices causing greater stability. The agricultural sector accounts for as much as 70% of employment in Africa, which means that by investing in Agriculture the government not only manages to diversify their economy but they also create gainful employment and thus uplifting rural communities. An investment in soil, is a win-win.

The two biggest obstacles facing the African farmer today is low fertilizer consumption and little access to credit that could enable them to buy much needed machinery. Investment is needed to increase efficiency and yields. The World Bank estimates that the agriculture and agribusiness sectors will become a $1tr market by 2030. In 2010 these sectors were worth $313bn. By investing in Africa, you cannot only enrich the people but also your shareholders. An investment in soil, is a win-win 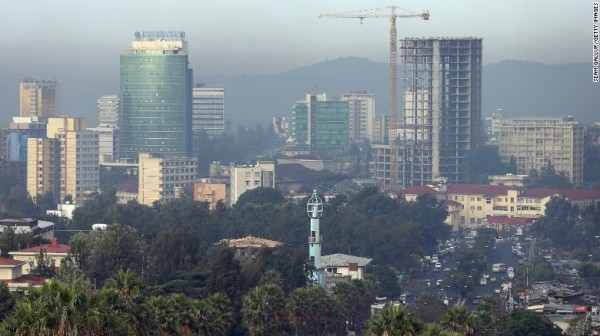 A megacity is defined as a very large city with a population over 10,000,000 people. Africa has three of such megacities within her borders: Lagos in Nigeria, Kinshasa in Congo and Cairo in Egypt. These cities have traditionally been a hub for commerce, capital and culture. Here resided those with spending power and a higher education. Capital flowing into these hubs have caused waves in neighbouring states and countries. Films produced by Nollywood of Nigeria are watched all across Africa, but the film industry has an especially tight grip on the film market in West Africa. The same is true of the film industry in Egypt. Egypt has long been the star of the Arab film industry, its dominance spreading all across MENA (Middle East and North Africa). These megacities have not only managed to export their films, but more importantly, their culture. As we know, where culture goes, goods follow.

However, the influence of the African megacity is dwindling. According to a McKinsey report more than 80 cities in sub-Saharan Africa will have a population of over 1,000,000 by 2025. With 40% of its population living in cities today, Africa is more urbanised than India at 30% and nearly as urbanised as China at 45%. This coupled with growing mobile penetration and internet access, means that the African consumer now is connected to the rest of the world. Their local shopkeeper and vendor of Nollywood films is no longer their only access to the outside world. The mobile phone now provides that escapism that films once held and that is not only in Africa, that is global.

The excitement about Africa’s rapid urbanization amongst the business community does not look like it will lose any steam in the near future. Many less known urban centres are harbouring untapped potential. These are cities such as: Kumasi in Ghana, Mombasa in Kenya and Abidjan in the Ivory Coast. Today’s largest cities are concentrated in the global south, and the fastest growing agglomerations are medium sized cities and cities with 500,000 to 1,000,000 inhabitants located in Asia and Africa. These cities now connected and online will create their own wealth and shape their own future.

One city with such untapped potential is the city of Djibouti in Djibouti. The country is home to a little less than 1,000,000 people, with the largest concentration in the capital city. Djibouti is a beacon of stability in a region plagued by unrest. The country currently hosts several military bases, these include French, Spanish, Japanese, Chinese and US bases. The countries chief earner is its port. It currently serves as landlocked Ethiopia’s main port. Djibouti handles upwards of 90% of all Ethiopia’s exports and imports, which accounts for ca. 70% of all port activity in Djibouti. The newly built Chinese funded railway linking the capital Addis Ababa with Djibouti city will further cement Djibouti’s dominant position in the Horn of Africa. Djibouti’s potential lies in its position as a gate into the Ethiopian market.

Landlocked Ethiopia has a population of ca. 100,000,000 people and as reason unrest (October, 2016) in the country has shown, the resentment towards the government manifests itself in the attack and looting of foreign enterprises. The Ethiopian market is too large to ignore, yet the widening economic gap and ethnic flares, makes civil unrest an ever present looming danger. Djibouti however, can provide the piece of mind companies demand. Factories set up in Djibouti to serve the Ethiopian market is the logical choice for multinationals. As African economies become more integrated, highly populated cities will lose their dominance to strategically placed cities.